More and more, businesses are looking for ways to squeeze more solar out of their available property, and have embraced two trends to do just that, says Ryan Mayfield, co-instructor of HeatSpring’s Megawatt Design course, which focuses on designing large commercial systems, in the 1-5 MW range.

Some businesses are turning to east-west racking of the panels. In addition, some are installing solar on carports to reap more solar, says Mayfield, who is president of Mayfield Renewables and has contributed to numerous publications, including SolarPro and Home Power magazines.

“One of the bigger trends right now is east-west tilting of racking systems, depending on the roof,” he says. “And solar on carports seems to be the next wave.”

With east-west racking, also called dual-tilt racking, solar system designers give up some efficiency but are in essence doubling the roof area covered, Mayfield says.

“In a perfect world, you have a square building with four sides facing north, south, east and west,” he says. “But in this case, instead of facing the panels south, you turn them 90 degrees so half are facing east and half are facing west. You cover more roof area because you don’t have spaces between the modules,” he says. As the sun moves across the sky, the two sides begin by absorbing equal amounts of solar radiation, but in the afternoon, the west side of the array outperforms the east side, he notes.

“Facing east and west isn’t as efficient as facing the panels south, but you get more hours in the day. It can be an effective way to increase overall energy production,” says Mayfield.

Adds Randy Batchelor, co-instructor of the Megawatt Design course, “We’re seeing more of this because the module prices are coming down, and module efficiency has increased.” He is the owner of Sol Rebel, a firm that provides engineering and consulting services for the solar industry and project owners.

The downside of east-west racking, says Mayfield: The installations are more expensive and are more difficult to install. Wiring can be trickier and requires electricians to plan well.

“You put the east modules in, wire them, and before you put in the next module, you need to get the wiring secured and plug the modules together as you go,” Mayfield says. However, this system works best if you have a large expanse of uninterrupted roof area, he notes.

For businesses that don’t have enough roof area, or want to generate more solar than what’s possible on their roofs, solar installations on carports are a growing trend.

“With large parking lots, this is easy to do, especially if the roof isn’t conducive to solar,” says Mayfield. Rideshare locations, hospitals and municipalities often install carports with solar, he notes.

While some businesses already have carports in place, it’s also possible to build carports that are especially designed for solar. That’s a growing niche market, Mayfield notes. Carport installations are more expensive than rooftop solar, but they often have enough space for larger solar systems that can yield a bigger financial impact.

In general, both the east-west racking and carport solar are becoming more popular because the prices of carports and racking materials are dropping, Mayfield notes.

In the Megawatt Design course, Mayfield and Batchelor address these trends and how to take advantage of them. Overall, the trends are good news because many businesses are eager to install as much solar as possible–and reap the economic and environmental benefits. 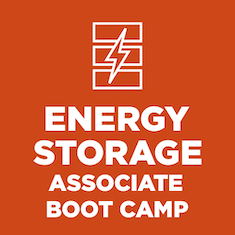