Are Heat Pumps a Form of Renewable Energy?

It’s common for policymakers to argue that heat pumps are not a form of renewable energy, says John Siegenthaler, instructor of HeatSpring’s Application of Air-to-Water Heat Pumps for Hydronic Heating & Cooling course.

In response to such claims, he argues that heat pumps are indeed renewable sources of energy because they draw from an untapped and infinite source of thermal energy.  “It’s a resource that’s available and it’s non polluting,” he says.

If the System Uses Electricity, is it Non-Renewable?

People argue that this electricity may come from nuclear, coal or gas, making heat pumps a non-renewable resource. “That’s possible, but not guaranteed; the electricity could come from wind or hydro, and would likely be a mix,” he says.

Some forms of energy dubbed renewable also rely to some degree on fossil fuels, Siegenthaler argues.

Solar domestic hot water is one example. It generally requires electricity–about the same amount that heat pumps need, he argues,

“A typical solar water system will produce 60% to 80% of the needed hot water on an annual basis.” The rest generally comes from the electricity in the heating element that warms the hot water tank.

“Let’s say 75% of a solar hot water heating system’s energy comes from the sun and the other 25% comes from electricity. A heat pump has about the same ratio of the energy it delivers, fluctuating with climate and location and time of  year.”

He adds, “In both cases, out of four units of energy delivered, three come from free heat and the other comes from electricity.”

In spite of these similarities, many say that solar hot water systems are renewable and heat pumps are not.

“From an engineering standpoint, I don’t see the logic. People can say any electricity is dirty, but it supplements the solar electric water system,” says Siegenthaler.

One state that sees the value in heat pumps is Vermont.

A cold climate heat pump can cut heating costs in winter and also serve as an air conditioner in summer, says Efficiency Vermont, which offers rebates of up to $700 for heat pumps.

The rebates are available through participating heating, ventilating and air conditioning (HVAC) contractors.

The Energy Trust of Oregon also offers incentives of $250-$700 for people who upgrade their electric heating systems to high-efficiency heat pumps.

In spite of fairly limited incentives, consumers are asking about green systems such as heat pumps, says Siegenthaler.

“Consumers are in a sense demanding these changes. And the contractors are sometimes trying to catch up with them. I get a lot of queries from homeowners who want green energy systems,” he says.

Some contractors say they’ve been installing gas or oil fired boilers for 30 to 40 years and aren’t open to changing.

But the market is changing; that’s the reality, he says.

“I tell contractors, ‘If you plan to be in business 10 years from now, you better understand heat pumps.’”

Along with understanding how to install heat pumps, contractors need to understand why they’re truly renewable, says Siegenthaler.

Use in Hydronic Heating Systems

In addition to covering Heat Pumps in his Application of Air-to-Water Heat Pumps for Hydronic Heating & Cooling course, Siegenthaler’s most popular course Mastering Hydronic System Design take a deep dive into modern Hydronic System best practices. This expert level course has been taken by over 250 students and has an average rating of 9.3/10 and many great reviews by past students.

When you register for any of John’s courses, you get a full year to complete the course and interact with him on the discussion board. John is a wealth of knowledge and answers every question, typically in great detail. 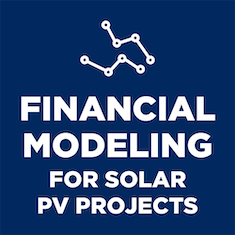