(This post has received a lot of feedback as expected, I’ve posted some update information at the bottom of the post from Sam Johnson’s team and from Kelix themselves)

Last month, I published an interview about the Kelix ground coupling system and there was interesting response. Here’s why I did it: I always want to speak with anyone who is actively working on making geothermal more kick ass. By kick ass, I mean profitable and increasing adoption of the technology.

The main item that struck me after I published the post is the few nasty emails I received. Instead of fellow geothermal pros supporting one another and figuring out the best places for new technologies, I noticed it seemed the industry was trying to show where a new technology WOULD NOT work, instead of where it would work. This is childish and we shouldn’t tolerate it.

After the piece, Sam Johnston approached me and offered to share some AMAZING DATA on a comparison study they did between a closed loop geothermal system, a DX system and the Kelix technology.

First, The main issue I’ve noticed, and the Kelix article highlighted, is that the geothermal industry seems (someone correct me if I’m wrong) to not have a standardized testing process and way of communicating different products to the market. What this causes is a “she said/he said, manufacture vs manufacturer debate”. This tends to increase the risk associated with using the technology both for property owners and EPC contractors who want to get into the business. Anything we can do to create a more standardized way of communicating and testing new products will DRASTICALLY improve the industry.

Second, please don’t email me any comments about the article. Put all of your comments and recommendations publicly in the comment sections. The reason I’m stating this is simple, I’m assuming I’m going to get some angry emails from EPC contractors, engineers, architects, and manufactures about something that isn’t exactly correct in this analysis and that it’s not 100% perfect. What we need to take away from this case study is the intent behind the individuals who performed it. What are they trying to accomplish and WHY?  If we believe that they were trying to make the industry better then we should figure out what makes sense and is useful about their analysis and where it could be improved.

The reason I asked Ryan Carda to provide his feedback is that I know his goal is never to bad mouth other people but to move the industry forward. His comments about the data are amazing and will be useful to anyone who is going to do further testing and analysis on ground source technologies.

If you have any questions, comments, etc about these case studies please don’t hide, leave them publicity in the comments and they will be addressed. If you have any serious problems with the information, give me a call 617 702 2676, but if you’re goal is simple to cut people down, I’m likely not going to listen to you.

During my experience with Environmental Compliance Services, Inc. (ECS) I had the privilege to be part of a team that was to demonstrate geothermal alternative energy in a very special way.   This effort was to become central to a branded division named Terraclime.  What follows is my article distilled from many individuals who participated in this comparative systems effort. The main purpose of this article is to promote alternative energy, especially geothermal by telling this story and revealing lessons learned.

As a member in a partnership, ECS acquired the Mill, some 150,000 square feet in 2007.  The Mill was seriously contaminated and considered a “brown-field” property.    ECS’ core business is remediation; remediating equals changing  “dirty-dirt and dirty-water”.  The Mill became a great “brown-field to green-field” story.

The Mill had its beginning in the early 1830’s when modern industrialists of that time were attracted to the nearly 30’ water fall drop of the adjacent Mill River.  This hydro power would help develop their silk plantation and needed silk processing. 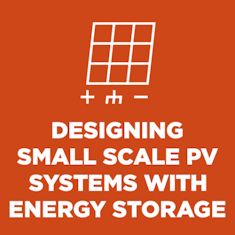