Going to the IGSHPA conference in Indy?  If so, let us buy you a drink.  HeatSpring Learning Institute, GeoConnections, and ClimateMaster are hosting a meet-up for business owners in town for the IGSHPA Conference.

This event will have […]

(This post has received a lot of feedback as expected, I’ve posted some update information at the bottom of the post from Sam Johnson’s team and from Kelix themselves)

Last month, I published an interview about the Kelix ground coupling system and there was interesting response. Here’s why I did it: I always want to speak with anyone who is actively working on making geothermal more kick ass. By kick ass, I mean profitable and increasing adoption of the technology.

The main item that struck me after I published the post is the few nasty emails I received. Instead of fellow geothermal pros supporting one another and figuring out the best places for new technologies, I noticed it seemed the industry was trying to show where a new technology WOULD NOT work, instead of where it would work. This is childish and we shouldn’t tolerate it.

After the piece, Sam Johnston approached me and offered to share some AMAZING DATA on a comparison study they did between a closed loop geothermal system, a DX system and the Kelix technology.

First, The main issue I’ve noticed, and the Kelix article highlighted, is that the geothermal industry seems (someone correct me if I’m wrong) to not have a standardized testing process and way of communicating different products to the market. What this causes is a “she said/he said, manufacture vs manufacturer debate”. This tends to increase the risk associated with using the technology both for property owners and EPC contractors who want to get into the business. Anything we can do to create a more standardized way of communicating and testing new products will DRASTICALLY improve the industry.

Second, please don’t email me any comments about the article. Put all of your comments and recommendations publicly in the comment sections. The reason I’m stating this is simple, I’m assuming I’m going to get some angry emails from EPC contractors, engineers, architects, and manufactures about something that isn’t exactly correct in this analysis and that it’s not 100% perfect. What we need to take away from this case study is the intent behind the individuals who performed it. What are they trying to accomplish and WHY?  If we believe that they were trying to make the industry better then we should figure out what makes sense and is useful about their analysis and where it could be improved.

The reason I asked Ryan Carda to provide his feedback is that I know his goal is never to bad mouth other people but to move the industry forward. His comments about the data are amazing and will be useful to anyone who is going to do further testing and analysis on ground source technologies.

If you have any questions, comments, etc about these case studies please don’t hide, leave them publicity in the comments and they will be addressed. If you have any serious problems with the information, give me a call 617 702 2676, but if you’re goal is simple to cut people down, I’m likely not going to listen to you.

During my experience with Environmental Compliance Services, Inc. (ECS) I had the privilege to be part of a team that was to demonstrate geothermal alternative energy in a very special way.   This effort was to become central to a branded division named Terraclime.  What follows is my article distilled from many individuals who participated in this comparative systems effort. The main purpose of this article is to promote alternative energy, especially geothermal by telling this story and revealing lessons learned.

As a member in a partnership, ECS acquired the Mill, some 150,000 square feet in 2007.  The Mill was seriously contaminated and considered a “brown-field” property.    ECS’ core business is remediation; remediating equals changing  “dirty-dirt and dirty-water”.  The Mill became a great “brown-field to green-field” story.

The Mill had its beginning in the early 1830’s when modern industrialists of that time were attracted to the nearly 30’ water fall drop of the adjacent Mill River.  This hydro power would help develop their silk plantation and needed silk processing.

This is the last part in a three part serious about the three most common errors that geothermal designers make when designing ground source heat pumps system. If you’ve been following, the main concern for a very simple reason, the geothermal industry is small but quickly growing so it’ll be best to minimize any black eyes from poor system design.

In my last two posts, I’ve outlined the first two big mistake made by designers.

The third mistake is simple, don’t overcomplicate the design.

Three Most Common Mistakes Made by Geothermal Designers

If you’re new to the geothermal heat pump industry, read the Geothermal 101 Reading list. It has free tools and articles on geothermal design and installation, and sales and marketing best practices.
Working in the ground source heat pump (GSHP) industry, especially in a small company where you are asked to take on the role of salesman and designer, you will find yourself answering the same questions with each new customer.  Get used to it.  If you work in the industry long enough, you will be asked every question under the sun.  How will this system heat my home when the soil temperatures are only 50 degrees?  What if I want to keep it warmer in my house?  Do I need to buy an air conditioner too?  How does a heat pump work?  The list goes on and on.

The truth is, the average homeowner doesn’t understand how their central air conditioner works (or the refrigerator in their kitchen for that matter).  They just know it works.  When you mention the term “geothermal heat pump” or “ground source heat pump” to your prospective customer, all of a sudden you find yourself in uncharted territory.  Then the questions begin.

Get LoopLink RLC Certified and Become a Geothermal Designer!

Become a licensed commercial drone pilot. This is a technical course is designed for renewable energy, construction, and engineering professi...

Drones are an inexpensive and amazing tool for doing inspections, site surveys, marketing, training, and a lot more. This free lecture will h...

Introductory training for contractors, electricians, and business professionals who want to enter the solar PV industry.

This course, which includes a 70-question practice exam and explanation videos, is designed specifically to help participants pass the notori...

Master Advanced Hydronic Design with John Siegenthaler. John works with you for 10 weeks - Learn to design state-of-the-art systems that deli...

The best way to get into the geothermal heat pump industry. Six weeks of videos, discussion, reading, homework assignments, and quizzes led b...

This course introduces the technology used in modern air-to-water heat pumps and shows how to build complete systems around them. 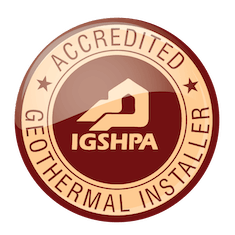 Become an IGSHPA Accredited Geothermal Installer. This is a foundational course for all geothermal installers, drillers, and designers.